Nova was adviser to King Guardiana until the King's death. After that he traveled with Max offering advice before each battle. He has purple skin, white beard and mustache, white horns on his forehead, clawed hands and fish-like fins on his cheeks. He wears light grey shirt with a green vest and pants, light grey half-cape and a hat that is light grey and green. He also wears glasses.

Although it is never confirmed, Nova is a Dragonute, despite the GBA Remake of the game stating that Elliot is the last one. Nova sports fins on the side of his head, which is a common attribute associated with dragons, and is probably a recessive trait of the species. He also sports a similar muzzle to that of the Dragonute class in Shining Soul II. It is of note, however, that Nova does not have a visible tail in his sprites, but that could be a number of things, including a reccesive trait, some peculiarity of biology (fellow Dragonute Elliot is wingless, whereas later Dragonutes generally have them, his son included) or the fact that he hides it in his clothes.

Nova is a very wise and duty-oriented person. However he also has a sense of humor and will occasionally make a joking comment ("Change of heart, eh?") or will reprimand Max as a comic relief.

To Max after Luke, Ken, Tao, Hans and Lowe join: "Now that you have your comrades, return to the king and hear his final commands. I'll follow your progress and offer advice as you face the vile hordes of Runefaust."

Before battle 1: "A word of advice. Seek the hermit who lives by the Gate of the Ancients!"

Before battle 3: "Beware of giant bats! They fly swiftly and fight fiercely!"

Before and after battle 4: "The enemy mages and archers attack best from afar. Charge them quickly."

Before battle 5: "Zombies and other unnatural creatures suffer greatly from magical fire."

Before battle 6: "In tight places, such as caverns, look before you leap into battle. Plan ahead!"

Before battle 7: "Greater numbers alone will not win battles. Keep your troops in close formation!"

Before battle 9: "Use your flying friends well. Also, monks and priests gain experience by healing."

Before battle 10: "Use healing powers as much as possible"

Before battle 11: "When fighting in woods, plan well before moving. Keep your troops together. Air warriors and long-range weapons are very useful in certain situations."

Before battle 12: "There is no refuge on the Pao Prairie. Stick together when fighting."

Before battle 16: "Remember to watch from both air and sea attacks!"

Before battle 17: "Woods and mountains are difficult terrains. Plan your attack carefully."

Before battle 18: "This is a strange village. It would be sure death to face a powerful foe here alone."

Before battle 19: "You still have a long way to go. Use magic wisely. Give herbs to everyone."

Before battle 20: "Word has reached me that Mishaela is gathering forces to stop you. Be careful."

Before battle 21: "Thick woods are tough to get through. Close your ranks and fight as a unit. Move cautiously against flying opponents. They move faster than your troops."

Before battle 22: "Max! Is there anyone left to promote? Now is the time!"

Before battle 24: "Your strongest foes and hardest battles are still ahead of you."

Before battle 25: "Keep weaker folk away from the front lines!"

Before battle 26: "Darksol has gathered his best warriors for the final battles. Prepare yourself"

Before battle 27: "Against a mechanical enemy, brute force may be the best strategy."

Before battle 28: "Do not exhaust yourselves here. Use Egress to retreat from overwhelmong odds."

Before battle 29: "I have no more advise for you. Fight as best as you can." 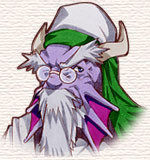 Nova in Resurrection of the Dark Dragon.

TLoGI overworld side sprite
Add a photo to this gallery

Retrieved from "https://shining.fandom.com/wiki/Nova?oldid=15770"
Community content is available under CC-BY-SA unless otherwise noted.