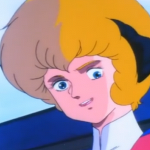 So I joined this wiki after playing Shining Force Gaiden Final Conflict on my Master System/ Game Gear Collection and Shining Soul on GBA. I looked up to see any info on em and found this but it hardly had much info. So I chose to fill it in. I also have Sword of Hajya on the collection, Force 1 and In The Darkness on Genesis. I ordered Force 2 but it turned out to be a repro cart that can't save so I ordered a 100 Genesis Games in 1 that saves a few. I have over 200 Genesis games and have been playing since the mid 90s. I also have an N64 and GameCube but nothing newer as I didn't like the Wii and ain't big on most 3D games. Also I never got into flatscreen hd tvs. I'm kind of a 90s guy but into Silent films, doing bad movie reviews on my blog Here, Making various and often abridged videos on my youtube channel here, trying to be a good Christian, playing Yugioh and I'm also on the Contra, Yugioh, Go Nagai and Robotech wiki's.

Retrieved from "https://shining.fandom.com/wiki/User:Chiissu?oldid=14529"
Community content is available under CC-BY-SA unless otherwise noted.